The Beginner’s Guide to Playing Pool

Pool is a seriously fun game that many people enjoy all over the world. It’s possible you’ve seen some of the crazy trick shot competitions on TV. Though you may not be a pool wiz anytime soon, it’s a great game to play for home leisure, and a pool table is a great way to accent a game room. While many people around the world enjoy pool, it may seem a little complicated for beginners. However, pool is actually an easy game to pick up with the right guidance.

Before learning how to play pool, learning the terminology will help you understand all of the game’s moving parts. A cue is the wooden stick players use to push the pool balls around the table. Most players hold the cue by grasping the thicker end with their dominant hand and laying the thinner end down between the index finger and thumb of their non-dominant hand. You can play around with how you would like to hold the cue to find a grip that’s comfortable for you.

The next term to know is cue ball. The cue ball is the all-white ball that you can see people playing pool hit into the colored balls. When playing pool, the cue ball is the only ball the player is allowed to strike with the cue. Next, you will need to know the difference between stripes and solids. Pool balls are numbered 1 through 15. Solids are numbered 1 through 7, and stripes are numbered 9 through 15. The eight ball plays an important role in pool. But for now, just know the eight ball is solid black with the number eight on it.

How to Play the Game

Now that you know the terminology, it’s time to get playing. You may have watched a game of pool before and noticed that each game of pool starts by racking the balls. To rack the balls, place all of them inside the triangle. Next, arrange them so that a single stripe and a single solid are in the two corners of the largest end. Then, make sure the eight ball is in the middle of the triangle. Now, roll the triangle so that the first ball is on top of the mark on the felt of the table. In a two-player game, one person will start the game by breaking the balls by hitting the stripes and solids with the cue ball. Once a ball is sunk into a pocket, the player who hit the ball is assigned either stripes or solids based on which type of ball they hit into the pocket. A player must only hit in their assigned balls. Avoid hitting the eight ball into any pockets until all your balls are gone. Whoever clears all their assigned balls and hits in the eight ball first wins the game.

Does pool seem like an interesting game to you? If it does, please check out our blog for more information! Ace Swim & Leisure is located in the New York area at Rochester, Webster, and North Greece. We would love to meet you and set you up with a quality Olhausen® billiard table. While you’re here, we could play a game or two! 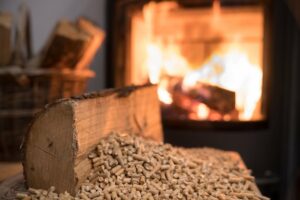 How to Have a Warm Winter with Harman Stoves 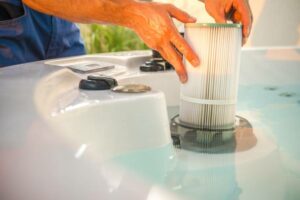 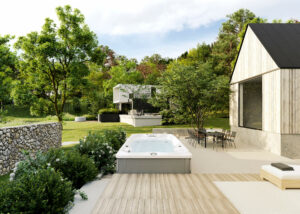